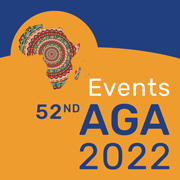 South Africa’s Minister of Tourism, Lindiwe Sisulu is pushing for the deepening of collaboration between aviation and tourism in order to build a robust and sustainable travel industry.
The Minister is also of the belief that such synergy is needed to help the industry recover quickly from the devasting effects of COVID-19 while ensuring seamless travel and movement of people within the Southern African region.
Sisulu made this known in her address at the 52nd Airlines Association of Southern Africa (AASA) Annual General Assembly in Kleinmond on October 14. Read more...

The CEO of the Airlines Association of Southern Africa (AASA) has taken a swipe at governments within the region for failing to provide much-needed relief for airlines despite recent global happenings that have negatively impacted their operations.
Addressing delegates of the AASA’s 52nd General Assembly in Kleinmond, Aaron Munetsi submitted that it was regrettable that constant calls on governments to provide relief to airlines have gone unheeded. Read more...

Another jet fuel shortage is on the cards as the Transnet strike continues to stifle activity at the country's ports.
Earlier this month, a shipment of jet fuel to the Cape Town port was delayed due to bad weather. Now the Airlines Association (AASA) says its members are bracing themselves for fuel shortages if the strike continues for much longer. Read more...

The Airlines Association of South Africa (AASA) has warned that knock-on effects from the Transnet strike could exacerbate fuel supply issues and result in a nationwide jet fuel shortage. This devastating prospect could leave airlines grounded during the festive season.

“We are very concerned with the challenges faced amid the economically crippling strike by rail and harbour workers, including those that a jet fuel shortage would bring to our industry,” said AASA’s CEO Aaron Munetsi.
Munetsi noted that a fuel shortage would not only inconvenience travellers and clients that use airline services to transport goods, but it would cripple the tourism and aviation sector – especially considering that South Africa is going into its peak summer tourism season. Read more...

October 17, 2022. Given Majola for Business Report

The aviation industry’s sustainability commercially, financially, economically, socially and environmentally, remained under threat, according to Aaron Munetsi, the CEO Aasa).

Giving the Aviation Industry Roadmap at AASA’s 52nd annual general assembly near Kleinmond in the Western Cape on Friday, Munetsi said that for years, AASA had been ready and pleading with governments in southern Africa to engage so they could work together meaningfully. Read more...

The implementation of e-visas to facilitate travel to the country is being tripped up by a huge backlog in converting the paper-based system to a computerised one, according to Minister of Tourism Lindiwe Sisulu.

"We continue to advocate for solutions in the areas that support and enable aviation such as visa facilitation. A lot of work has been done by the Department of Home Affairs as a partner to the sector and most recently, the rollout of e-visas in various countries, including seven African countries was implemented," Sisulu said at the 52nd Annual General Assembly of the Airlines Association of Southern Africa (AASA) taking place near Kleinmond. Read more...

Kleinmond – Mr. João Carlos Pó Jorge has been elected the new Chairperson and Mr. Elmar Conradie as Deputy Chairperson of the Airlines Association of Southern Africa (AASA). They were elected at the 52nd Annual General Meeting and will serve for the next 12 months.

Mr. Jorge is the Director-General of Linhas Aéreas de Moçambique (LAM). Mr. Conradie is the CEO of Safair.

Our industry emerges from the COVID-19 pandemic in a very different shape to what it was. It is leaner, fitter, and stronger, but faces considerable economic and regulatory headwinds and external threats, including the reliable supply of fuel, which is the most immediate pressing issue. Both João and Elmar are highly respected and knowledgeable leaders in the Southern African air transport industry and well-placed to provide guidance and support as we continue to lead and speak for the airline industry and engage on their behalf with governments and regulators throughout the SADC region. Aaron Munetsi, AASA CEO

AASA’s 2022 Annual General Assembly was attended by over 260 delegates representing airlines, airports, air navigation and weather services as well as manufacturers, suppliers, and other industry stakeholders. Issues addressed included the need for urgent action by governments in the region to review policies and regulations to enable a more efficient, comprehensive, and competitive air transport industry to serve and support all the economies of the SADC region. Download [pdf]...

Jet fuel shortages and the Transnet strike topped the agenda at an Airlines Summit in the Western Cape. The Airlines Association of Southern Africa (AASA) held its 52nd Annual General Assembly. eNCA's Ayesha Ismail reports at the AGA.

It's been turbulent times for the airline industry. First Covid-19 took them out of the sky and just when it looked like it was cleared for take-off, it was hit by high fuel costs and shortages. The Airlines Association of Southern Africa is holding its annual general assembly. Tourism Minister Lindiwe Sisulu is set to address challenges with local flights.

The Airlines Association of Southern Africa (AASA) has added its voice to growing concerns over the Transnet strike that is negatively affecting most sectors of South Africa’s economy.

Transnet Port Terminals, an operating division of Transnet, has declared a force majeure, which means it cannot fulfil its contractual obligations due to unforeseeable circumstances.Read more...

The Transnet strike can lead to SA airports once again facing jet fuel shortages, warns the CEO of the Airlines Association of Southern Africa.

If the Transnet strike is prolonged, jet fuel supplies to South Africa's main airports could be jeopardised ahead of the peak summer tourist season, and at a time when airlines can least afford further disruption, warns Aaron Munetsi, CEO of the Airlines Association of Southern Africa (AASA).

Our meeting here takes place against the backdrop of what threatens to be an economically crippling strike by rail and harbour workers. Although AASA supports the Constitutional rights of labour to protest and strike, in this instance South Africans and their economy will bear the brunt of this action and the impact will ripple throughout the rest of the region and everyone will be poorer. We urge government and the fuel suppliers to urgently apply themselves to establishing a far more robust and resilient plan for such eventualities. We cannot afford for our travel and tourism industry's - or our economy's - recovery to be derailed through failures to plan and procure suitable provisions of jet fuel and by not implementing policies and regulations that insulate aviation from the impact of any disruptions. Aaron Munetsi, AASA CEO