Johannesburg – The Airlines Association of Southern Africa (AASA) is relieved that sense has prevailed and the UK has decided to relax the travel restrictions that were hastily imposed on South Africa and other Southern African countries following the announcement of the identification of the Omicron variant by South African scientists last month. Download this full news release [pdf]...

It was clear from the start that restrictions, the intentions of which are debatable, were counter-productive and ineffective. We trust that policy makers and political leaders will take their lead from science and harmonise their adoption of measures for safe air travel that are recommended by the WHO and its UN sister body, the International Civil Aviation Organisation. At the same time, governments that have imposed restrictions on air travel ought to provide financial relief to airlines, their service providers and employees who have all been negatively affected by these restrictions. Aaron Munetsi, AASA CEO

L   ‘Unfortunately’ not every African country will have a national carrier after Covid: Munetsi

A number of southern African countries are likely to abandon their national carriers as a result of the coronavirus crisis but an integrated holistic aviation market can keep national airlines afloat, Airlines Association of Southern Africa CEO, Aaron Munetsi said.
Across the African continent in general, passenger traffic volumes continued to be low due to the inconsistencies in the messaging regarding border closures, health protocols and continued surge in Covid-19 infections in some countries.
Newly appointed CEO Munetsi told African Airlines Association SkyConnect Leadership Dialogues that the southern African aviation industry needs to be coordinated and leveraged on available resources.
“How do we coordinate our development activities in southern Africa? Aviation cannot be a standalone. We have 6 countries in Southern Africa that are landlocked. They have to be an integral part of the entire process of developing an integrated aviation industry,” he said. Read more...

United Nations Secretary-General Antonio Guterres said on Wednesday that travel restrictions imposed over COVID-19 that isolate any one country or region as "not only deeply unfair and punitive - they are ineffective." Read more...

During his Sunday night address, President Cyril Ramaphosa said South Africa will remain on Alert Level 1.
President Ramaphosa expressed deep disapointment at the decision of several countries to prohibit travel from a number of Southern African countries following the identification of the Omicron variant.
"We call upon all those countries that have imposed travel bans on our country and our Southern African sister countries to urgently reverse their decisions and lift the bans they have imposed before any further damage is done to our economies," he said. Read more...

The Airlines Association of Southern Africa has slammed the UK's red list decision. It comes after the new Omicron variant was detected in SA, Botswana, Hong Kong, and Belgium.The association's Aaron Munetsi says the UK should have consulted first. Read more...

Johannesburg – The Airlines Association of Southern Africa (AASA) notes with distress the UK government’s announcement that it will place South Africa, Namibia, Botswana, Zimbabwe, Lesotho and Eswatini back onto its “Red List” of countries to which it imposes severe travel restrictions and quarantines.

While we respect every nation’s sovereign right to implement whatever measures it sees fit to combat the spread of COVID-19 variants, we urge Whitehall to reconsider what appears to have been a hasty decision, given the paucity of detailed knowledge and information on the newly identified variant, its presence and the efficacy of vaccines in limiting its potential to cause serious illness. With its announcement, the UK is delivering a body-blow to our region’s travel and tourism sector. It puts businesses, as well as tens of thousands of jobs and many more livelihoods at risk.
Aaron Munetsi, AASA CEO

“The business and leisure air travel industry in Southern Africa has only just begun to see green shoots emerge as governments have increasingly begun to relax and look to align and simplify their travel requirements and procedures. However, the UK’s unilateral step is a major set-back that sets a worrying precedent,” he added.

Prior to the COVID-19 pandemic, the commercial airline industry in South Africa supported close to 472,000 jobs across the economy and contributed $9.4 billion (approximately ZAR152.5bn at today’s exchange rate) to the country’s economy. This equated to 3.2% of GDP. The industry is also of strategic social and economic importance in all of the other countries in the Southern Africa Development Community.

The COVID-19 pandemic has caused disarray to air travel and tourism worldwide. Southern Africa’s connectivity with the rest of the world fell by 80% as a result of travel restrictions. Total domestic, regional and inter-continental demand had recovered to about 40% of pre-COVID traffic levels by the start of November 2021 with domestic and regional traffic leading the comeback. Prior to the UK’s “Red List'' announcement today, long-haul traffic to and from Southern Africa was forecast to return to 2019 levels by 2025. Download this full news release [pdf]...

L   Department of Transport releases names of the shortlisted candidates to serve on the Air Service Licensing and the International Air Services Councils. Gazetted: GG 45505

November 3, 2021. CNBC Africa News.
Last month SA's Competition Commission published a report on the competitiveness of the African airline industry showing that it costs African airlines significantly more to fly around the continent than it does for their global counterparts.

Our industry does not exists in a vacuum. We should be applying our minds to addressing the very real threat posed by global warming. As a services industry which proclaims to put customers first, we need to also be alive to the harmful commercial implications that any perceived foot-dragging on our part might have in the form of consumer boycotts or by customers voting with their feet.
Aaron Munetsi, AASA CEO

Johannesburg – Members of the Airlines Association of Southern Africa (AASA) voted to extend the terms of the current Chairperson and Deputy Chairperson for the next 12 months.
FlySafair CEO, Elmar Conradie, will continue to serve as AASA’s Chairperson, while Air Botswana CEO, Agnes Khunwana will remain as AASA’s Deputy Chairperson.
Both were unanimously re-appointed during AASA’s 51st Annual General Assembly, which was held online today. They have been serving in those positions since March 2021.
“Elmar and Agnes are both highly-respected industry executives committed to the long-term sustainability of the region’s air transport sector. Their appreciation of the commercial and operational realities of the airline industry in the region is invaluable in guiding the ongoing advocacy engagements between AASA and government policy-makers and regulators throughout the Southern Africa Development Community,” said AASA CEO, Aaron Munetsi.
AASA’s 2021 virtual annual assembly was attended by over 175 delegates representing airlines, airports, air navigation and weather services as well as manufacturers, suppliers and other industry stakeholders.
Plans are being made to return to staging an in-person event for AASA’s 52nd Annual General Assembly in 2022, which will be sponsored by Airlink. Download this full news release [pdf]...

AASA cautions that although confidence is gradually returning, demand for air travel to, from and within Southern Africa is currently 45% down on pre-COVID-19 levels, making it the second most affected region in the world after South-East Asia (-70%).

External pressures, such as the rising price of jet fuel, which has increased by over 116% over the past 12 months, as well as the political and socio-economic upheavals in the region, have also put the squeeze on the industry. Download this full news release [pdf]...

We are in a fragile and vulnerable space and we urgently require governments to use the levers at their disposal to provide the relief that airlines need if they are to continue to provide the connectivity between markets that is the lifeblood of every modern, sophisticated and aspirational country. Aaron Munetsi, AASA CEO

L  Opening up the skies the only way to save southern Africa's airlines - new industry body CEO October 15, 2021. Carin Smith for Fin24.

The aviation sector is facing the most devastating crisis since World War 2 – and the most likely route to helping southern Africa's regional airline industry survive is opening up the skies. This is according to Aaron Munetsi, new CEO of AASA.
Munetsi believes the biggest opportunity for aviation in southern Africa is intra-regional air service connectivity. He says this is imperative for the SADC's overall economic recovery and future growth – having a commercially sustainable air transport industry that can connect and carry people and products between the region's markets and beyond. AASA is advocating for close coordination and cooperation between governments and industry - regardless of who owns the entities involved.

The framework for liberalising Africa's skies has evolved from the Yamoussoukro Declaration of 1988 to the Single Africa Air Transport Market (SAATM) of 2018, which now has 35 signatories. The post-pandemic restart is the perfect opportunity to kick-start the SAATM. It is essential to energise the African Continental Free Trade Agreement which supports and promotes the free movement of people, goods and services across the African continent. This will generate additional trade, promote employment, stability, security and unlock the broader GDP benefits that unimpeded intra-African air connectivity will bring for each country and its communities.
Aaron Munetsi, AASA CEO

Munetsi foresees that AASA will continue to play an ever-increasing role in raising concerns and proposing solutions through interaction with all key stakeholders, including air transport policymakers and regulators. Read the original article...

Johannesburg. The Airlines Association of Southern Africa (AASA), announces that Aaron Munetsi has been appointed as its new Chief Executive Officer, with effect from 27 September 2021. 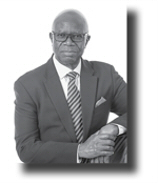 Mr Munetsi takes the helm from Wrenelle Stander who is leaving the industry body to take up a new position with Wesgro, promoting and developing tourism and economic development in the Western Cape.
“Aaron is reputed for his industry knowledge and formidable network of relationships that he has built over his more than 30 years of commercial and aeropolitical experience in the airline industry. He has worked in Southern, Eastern and West Africa as well as the Middle East for airlines in the public and private sector, with industry bodies and as a consultant on aeropolitical affairs, all of which make him a natural fit and a great asset for AASA as its new CEO,” explained AASA Chairperson, Elmar Conradie.
“I am looking forward to leading AASA and building on the solid base that has been prepared by my predecessors and the team. I intend to apply my broad industry experience to finding common ground with policy makers, legislators, regulators and our industry partners in developing solutions to the key issues facing airlines throughout the Southern Africa Development Community,” said Mr Munetsi.
Mr Munetsi holds diplomas and certificates in marketing, strategic management and leadership from the University of Zimbabwe, University of Witwatersrand Graduate Business School and the Gordon Institute for Business Studies.
He held several commercial management positions at South African Airways, including Regional Manager for Africa and the Middle East and as its Acting Chief Commercial Officer. For 10 years, he served on the board of Nigeria-South Africa Chamber of Business and After leaving SAA in 2018 he joined the African Airlines Association for a stint as its Director: Government, Legal and Industry Affairs. For the past year he has been working as an aeropolitical and business strategy advisor to airlines.  Download the media statement...